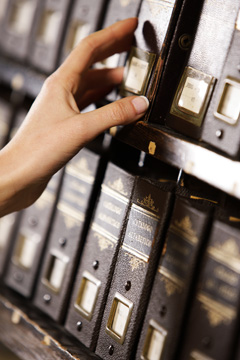 Reefer 90’s was established on 2nd February 1990. Working from shared offices in Ashwell, Hertfordshire with a sole employee the intention was to improve upon via specialisation, the services available to shippers of all refrigerated commodities. Establishing refrigerated groupage services, an area of shipping that had hitherto been inadequately covered, was a priority.

Growth was rapid. The Company moved to it’s own office in Great Dunmow, Essex in June 1990 and one year later with a staff of 5 moved again to larger premises within the town.

Much of the Company’s early growth ran parallel with the success of British Beef shipments and the sudden and unexpected ban on beef exports, imposed during the Spring of 1996 certainly hampered the Company’s progress. In 1998 the company relocated to a converted barn in the Suffolk countryside and shortly afterwards opened a small office in Dublin.

Following the outbreak of Foot and Mouth in the Spring of 2000, UK exports suffered once more. Whilst this latest crisis to hit the UK meat export industry did indeed significantly effect the Company’s exports, it was nowhere near as serious as BSE and many of the lessons learned from the Beef Crisis were put to good use to solve many of the transport and repatriation problems that ensued. Reefer 90’s Australia PTY Ltd was opened in February 2002, in Carina a suburb of Brisbane.

In 2012 and anticipating the need for more space and improved communications the Company purchased some land just outside Sudbury where we built our own offices and eventually relocated there in August 2014.

Over the years we have built up a considerable volume of reefer business comprising of containerised exports, imports and cross trades, in addition to Air Freight and a host of associated ancillary services including specialist transit Insurance. The shipment of ambient food products is a growing sector to our business, complementing the full range of shipping services we are able to offer to the food and beverage industry.

Having fully established ourselves in the industry, it is important that we continue our endeavours to offer solutions regarding all aspects of refrigerated and general food transportation. We are all very proud of our achievements and of the solid relationships we have formed with both customers and suppliers.