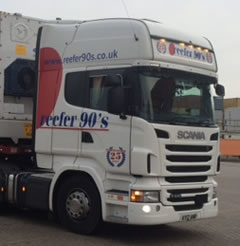 Things went from bad to worse for airfreight shippers and forwarders in Hong Kong, as the territory’s government banned more international routes in response to an increase in Covid-19 cases. It announced flight bans from eight countries for two weeks, starting on Saturday, affecting all flights from the US, Canada, the UK, France, Australia, the […]

Felixstowe sees the most call cancellations of European box ports

James Baker | Thursday, 09 December 2021 FELIXSTOWE, the UK’s largest container port, has had most vessel calls cancelled of any European port, as carriers seek to avoid those terminals affected by congestion. Carriers are skipping port calls as they seek to avoid congestion and restore schedule reliability. Europe’s top ports all saw vessel calls decrease […]

Will Waters | Wednesday, 24 November 2021 Although progress has been made to restore main routes to the Metro Vancouver and Fraser Valley regions, rail and road operations servicing the key Canadian west coast port remain impacted by the recent flooding in British Columbia Rail and road operations servicing the Port of Vancouver remain impacted by […]

Sea-Intelligence has published issue 122 of the Global Liner Performance (GLP) report, with schedule reliability figures up to and including September 2021 As the report itself is quite comprehensive and covers schedule reliability across 34 different trade lanes and 60+ carriers, this press release will only cover the global highlights from the full report. Schedule […]